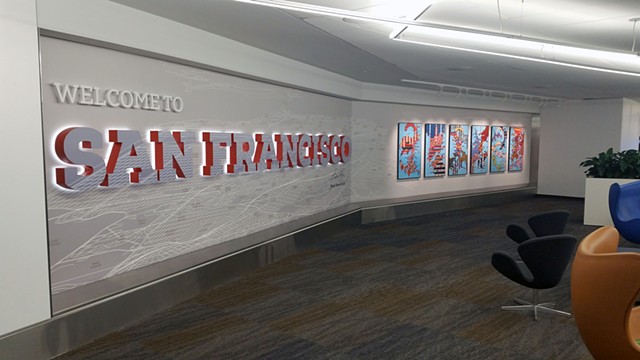 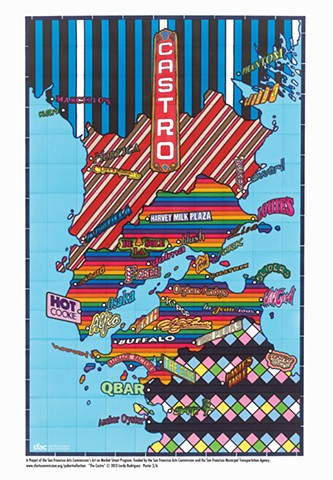 A commission from the San Francisco Arts Commission, Strangerhood is a six part series that looks at the visual languages that are used in six culturally specific neighborhoods in San Francisco that are or have already gone through changes brought upon by tourists and outsiders.

Process: I visited six neighborhoods in San Francisco. North Beach, Fisherman's Wharf, Chinatown, Haight-Ashbury, The Mission, and the Castro. On each visit, I took pictures of every text and pattern that I found. Texts and patterns came from a variety of sources like store and restaurant names, grafitti, street signs, and murals. In the studio, I printed all of the pictures that I took and transferred them onto the drawing. Once transferred, I outlined them with pen and colored them with ink.