In the spring of 2016, The Asian Art Museum in San Francisco exhibited the Verbiest and Ricci Maps which were two very large global maps commissioned by the Chinese government and created by two European cartographers. In conjunction with this exhibit and the spirit of collaboration, the Asian Art Museum commissioned me to conduct workshops at two San Francisco Highschools. Both groups from two very different highschools were given a piece of foam board cut into a shape that could look like the shape of a state or country. The shapes did not conform to any real place. The only information they got was which way was north and if their "state" had water or a shore. This is to avoid any biases. The idea was to use patterns, color schemes, and text pulled from memory, pictures, and social media to create a self portrait map. Once each student finished their "state", I would take a digital picture and stitch all the "states" together to form one large "country" map. 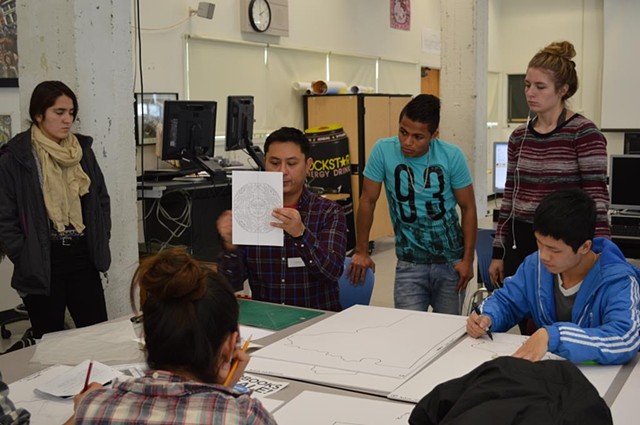 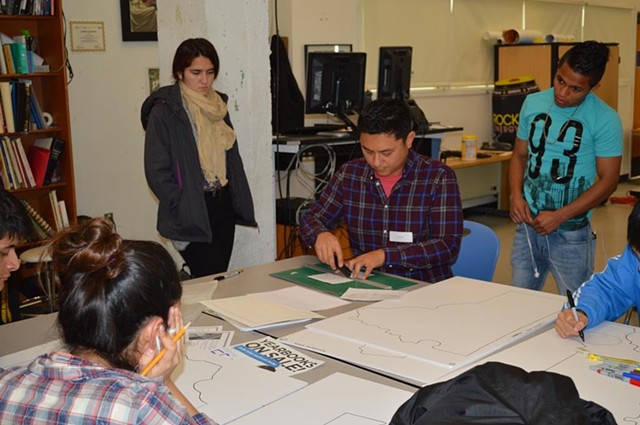 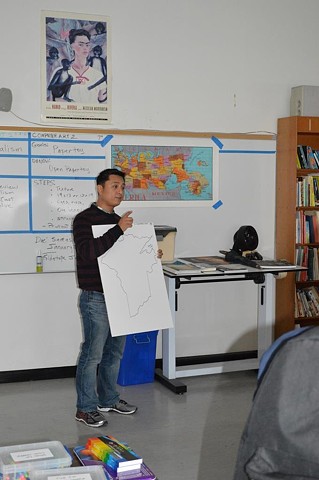 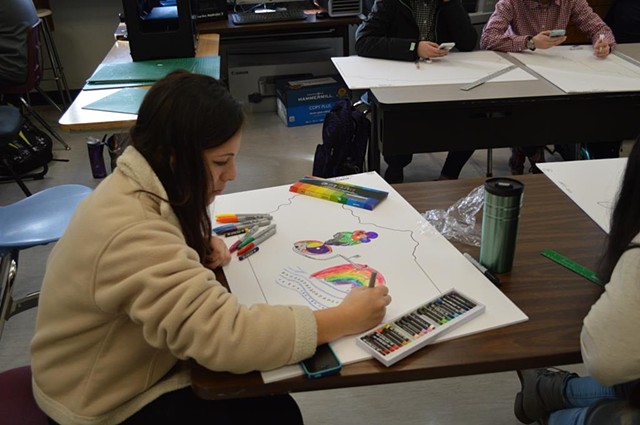 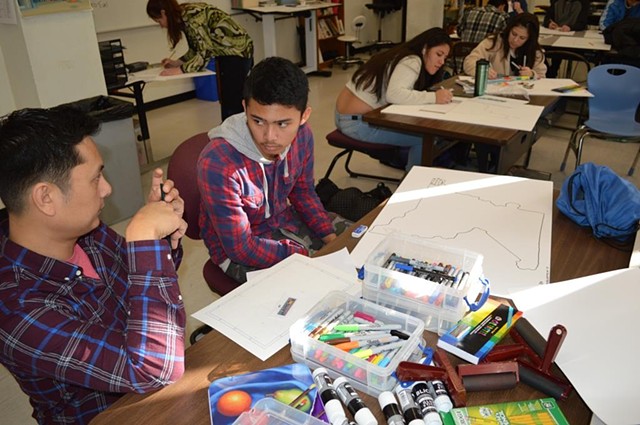 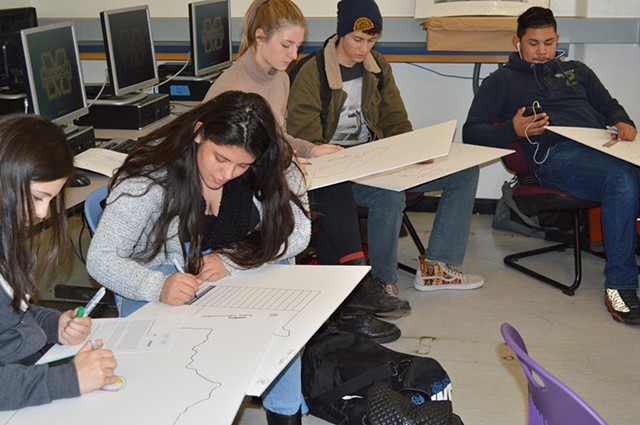 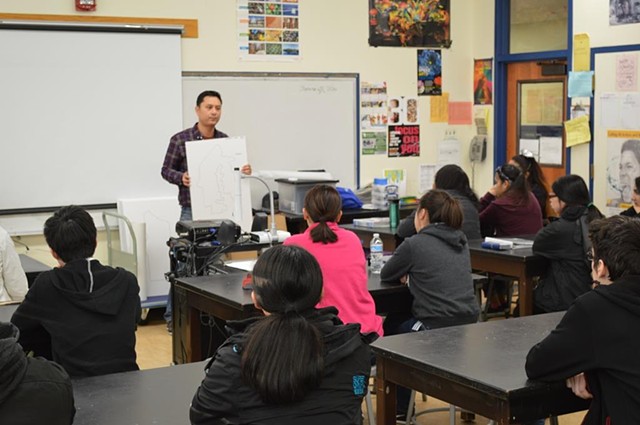 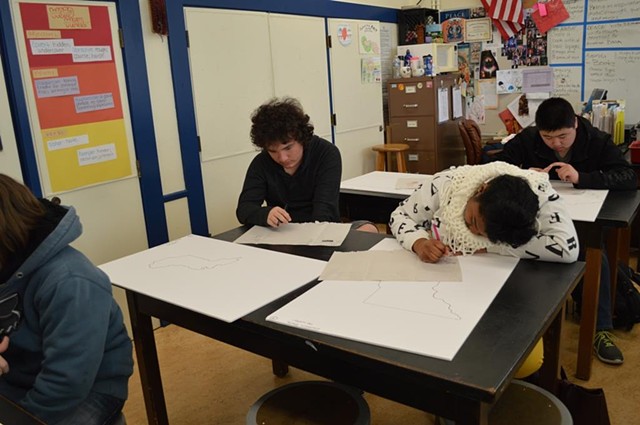 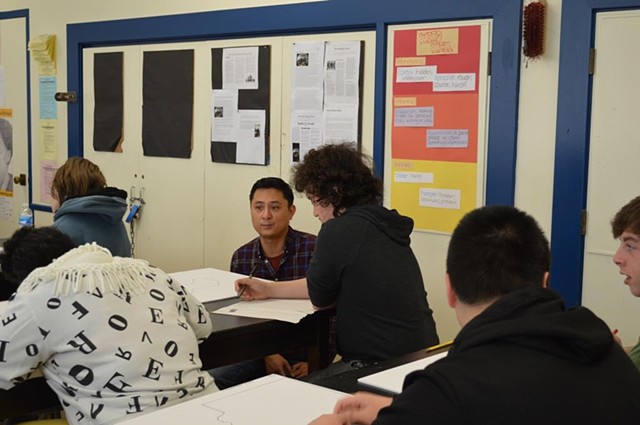 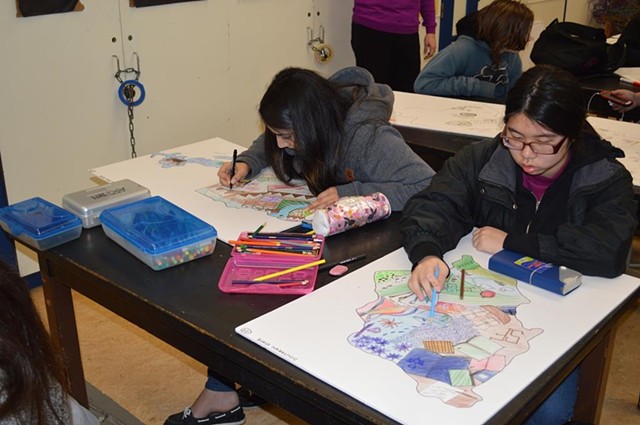 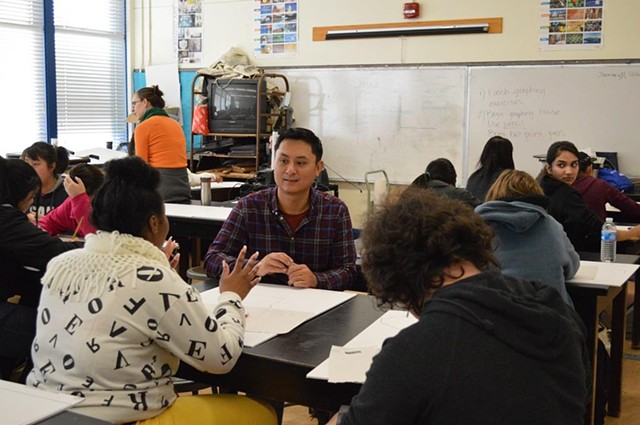 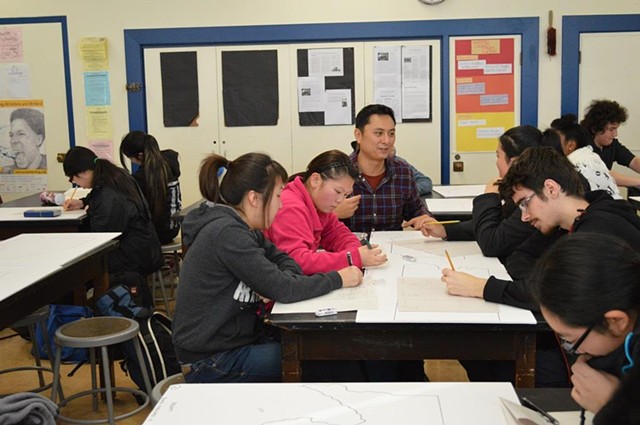 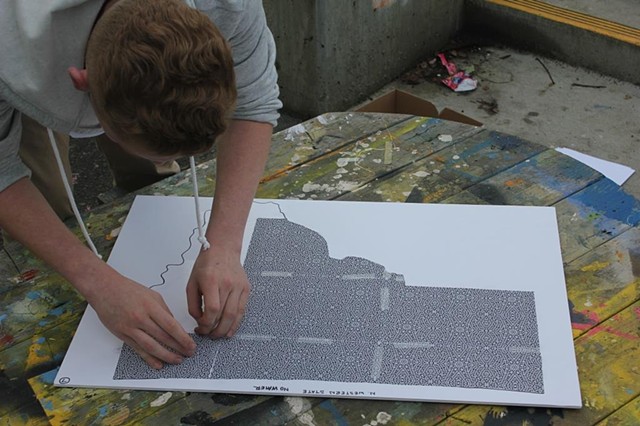 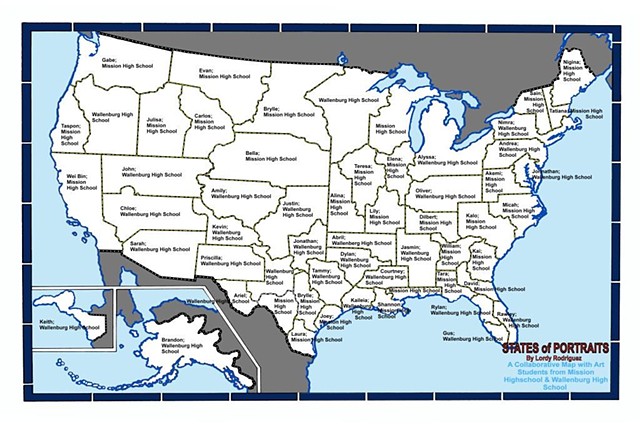 Outline map with the names of all the participating students. 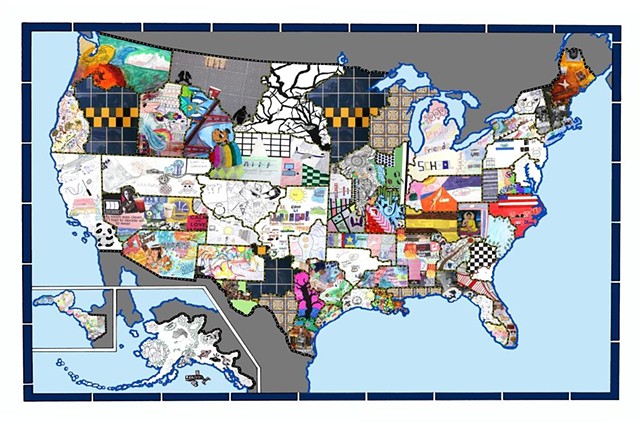