In the summer of 2016 I broke my right hand. It was tough trying to be in the studio during the healing process since I couldn't draw. I had some left over blue paint from a previous experiment, so I taped a brush to my cast and used my arm and body to draw winding rivers on as many sheets of paper that I could. I edited out the unsuccessful ones, the ones with drips, inconsistent coloring, and unintended movements. After 6 weeks in a cast, I finally got my hand back and went back to work in the studio. I found that I still had trouble drawing. I couldn't control the ink the way I used to. Plus, my hand would start to hurt after half an hour of drawing. If it were cold, I couldn't draw at all. The muscles in my hand felt like it atrophied. I took these drawings and started to draw "freeways" to represent cities that would "grow" on these waterways. Its a simple gesture of a foundational element in my work, how cities or any form of human construction relates to natural elements. I started small with only a few cities on the first versions. I would draw for as long as I could until my hand would hurt again. After a few more weeks, I could draw for a couple of hours. As the series progresses, you can see that the amount of effort I could impart on each drawing grows. My hand is mostly healed by now, but to this day, my hand would hurt where the break occurred after a full day of drawing. 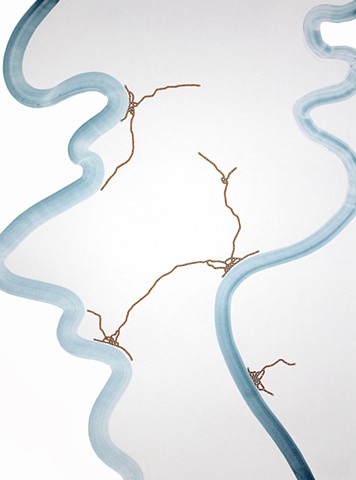 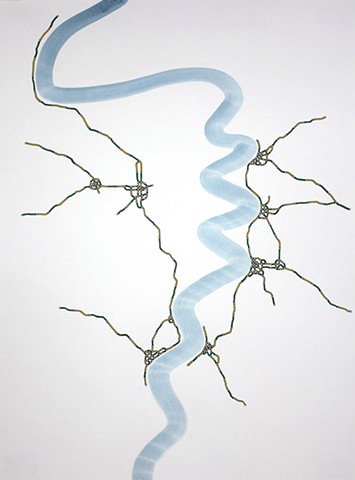 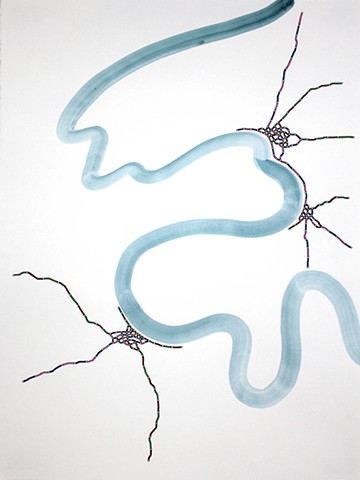 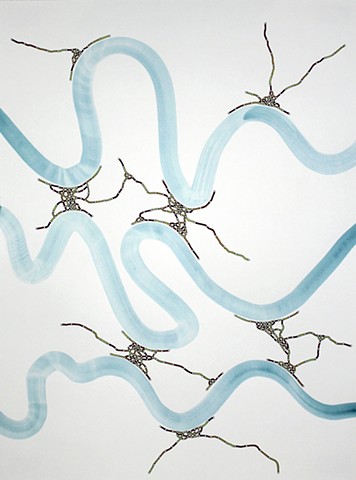 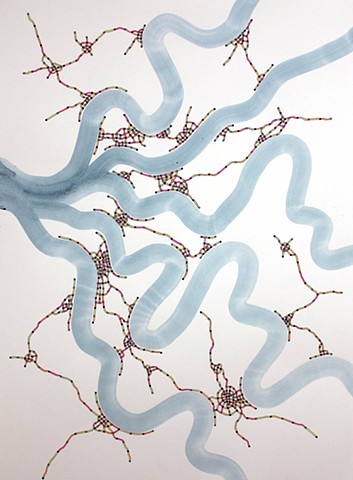 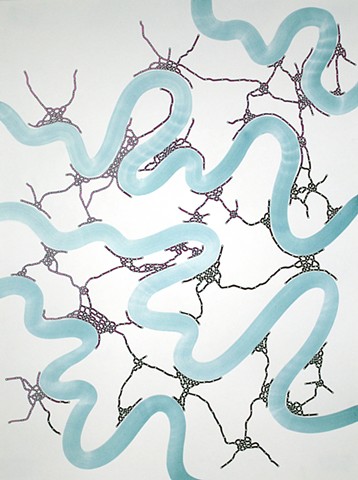 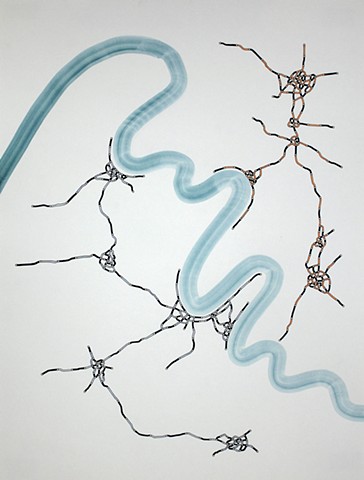 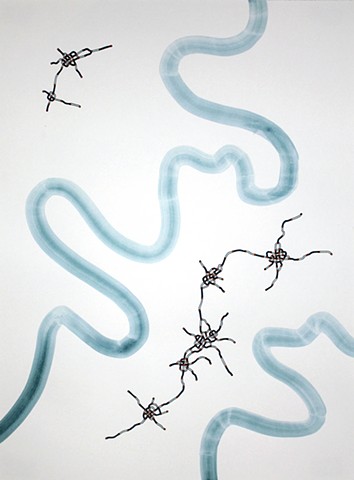 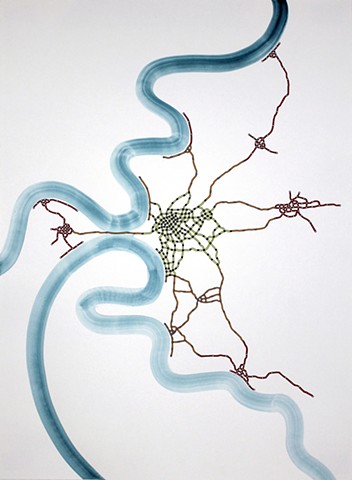 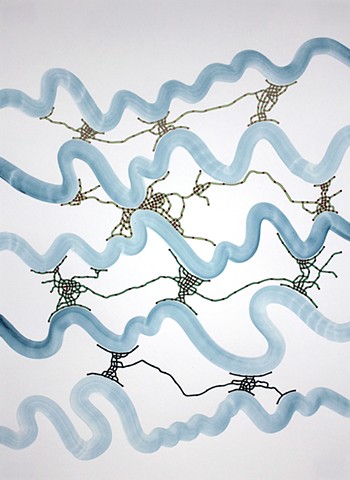 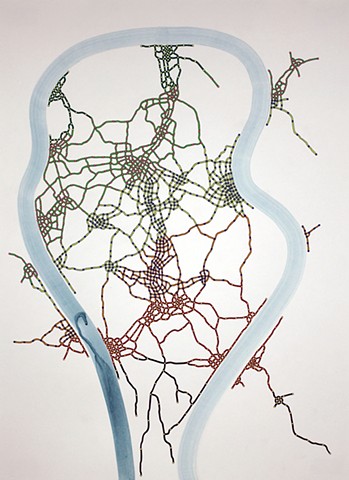 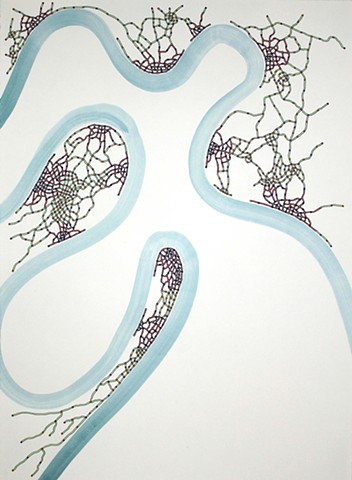 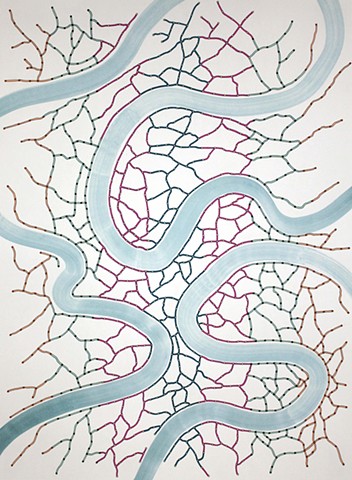 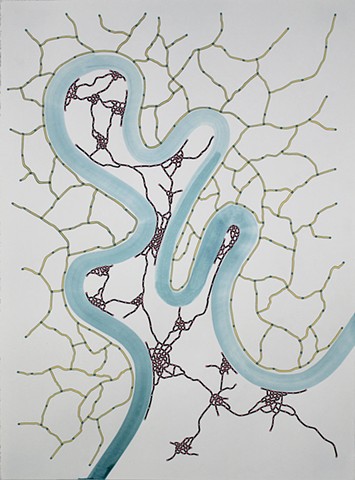